Kim Holland is Vice President, State Affairs, for the Blue Cross and Blue Shield Association (BCBSA), a national federation of 36 independent, community-based and locally operated Blue Cross and Blue Shield companies. The Blue System is the nation's largest health insurer covering more than 106 million people – one-in-three Americans – providing coverage to individuals in every ZIP code across all 50 states, the District of Columbia and Puerto Rico. In her role with BCBSA, Holland is responsible for ensuring that Blue Cross Blue Shield Plan interests are represented in the development of federal and state legislative and regulatory positions and priorities involving commercial insurance and Medicaid. Additionally, Kim she is BCBSA’s corporate lead in the association’s response to the nation’s opioid epidemic. Prior to joining BCBSA, Holland spent over 20 years as an employee benefit consultant and independent agency executive. In 2005, she was appointed Oklahoma Insurance Commissioner by Gov. Brad Henry to fill an unexpired term, and in 2006 became the first woman elected to the post. Holland resides in Ft. Worth, Texas, with her husband Jim and near her son, daughter-in-law and two grandchildren.

The Role of Third-Party Payers in Promoting Multi-Disciplinary Care 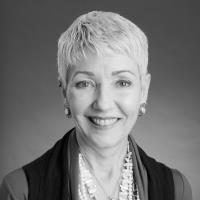