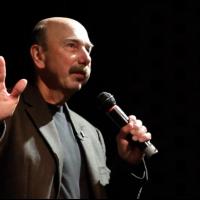 Description
As we face the opioid crisis how concerned should we be about marijuana? My 17-year old son, Justin, died in 2008 from a heroin overdose. I believe if it weren't for marijuana, Justin would still be with us today.

Justin was an unlikely victim -- an excellent student athlete and extremely talented songwriter and musician who was on his way to completing a professionally recorded album of original songs when he died. Justin had a normal and healthy life in a loving family who provided him all the opportunities possible to pursue his passions. If you think having all these benefits would make a young person immune from the perils of substance abuse, you would be wrong.

Justin's drug use began when he started smoking marijuana with some of his friends at age 14. When we found out, we employed all the resources available to make him stop. We thought we had won the war, but when he was a junior in high school we discovered he had been self-medicating with opioid painkillers. A stint in rehab brought great hope, until he spent the day with people we didn't know the Sunday before his first full week as a high school senior. After snorting heroin somewhere along the way, he never woke up on Monday morning. For Justin, we believe marijuana was a gateway to his use of heroin. I have since dedicated my life to tell Justin's story to young people, to inspire them to take better care of themselves and watch out for their friends. We must take marijuana very seriously. At the very least it causes damage to a young person's brain. And for some, like our son Justin, it can be a gateway to dangerous drugs and even lead to death from a heroin overdose.
Location Name
International South
Full Address
Hyatt Regency Atlanta
265 Peachtree St NE
Atlanta, Georgia 30303
United States
Close