Trey began his career in the Transmissions and Distribution Business Unit at Florida
Power & Light, where he led a team to create a new statistical method for tracking
power outages and their correlation with weather patterns in the state of Florida.
In 2005, Trey joined the Sales Leadership and Development Program at Siemens,
where he rotated through the inside sales support, product marketing and distribution
management teams. At Siemens, Trey was involved in numerous business development
projects and helped create a new premier channel program for industrial
automation distributors.
Trey joined Emergin in 2007 as Florida Area Sales Manager. He made an immediate
impact, and was promoted within six months to Southeast Regional Sales Manager.
He was one of the company’s top business development employees and the top
revenue producer in the first and second quarters of 2008, before he left Emergin
to form Voalte.

While his most gratifying success to date has been as the founder of Voalte, helping
grow the company and deploying thousands of iPhone solutions in some of the
country’s top hospitals, Trey has also been honored with the following awards:
• April 2013: Outstanding Young Alumni, University of Florida Alumni Association
• December 2012: Florida Governor’s Innovators in Business Award
• 2010: Gulf Coast Business Review’s 40 Under 40 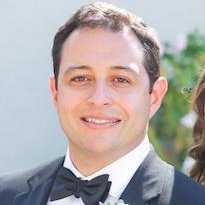